What objects can be sent with the europacco pallet service

With europacco it is possible to ship furniture, sofas, bicycles, washing machines or dishwashers, refrigerators, tires, motorcycle parts, engines, auto parts, wheels, sports equipment, bicycles, skis, snowboard and many other large objects that are difficult to handle. All these items can be shipped online in a simple way with europacco.com. It is enough to insert on our site the pickup and the delivery address, pay by credit card or PayPal and pack the items correctly. The next day or another desired day, the pallet will be collected directly from home or from another address indicated at the time of the order confirmation and delivered to the recipient.

If the pallet exceeds the allowed dimensions, you will need to request a personalized quotation by contacting our customer service directly by e-mail. It will be sufficient to indicate the dimensions of the pallet and the weight, the pickup and the delivery address and you will receive a price quotation on the same day.

Shipping pallets from Italy in all Europe

Ship your pallets with the pallet service anywhere you want, directly from your home, in different countries in Europe!

The shipment of pallets to the main European countries has never been easier with europacco.com.

How to pack and ship a pallet

Shipping a pallet with a fast courier

Organizing a pallet shipment with europacco.com is easy, fast and economical, but you must pay attention. Furniture, appliances and fragile items will not be collected if not properly packed.

It is therefore necessary that the article is positioned on a pallet so that it does not come out of it. The goods should also be securely fastened to the pallet so that the material does not slip out of it. Also, it is important that the goods are wrapped with cardboard or nylon, so they do not hit during transport. In addition, the pallet must be stockable. This means that the top of the pallet should be straight, and that other goods can be loaded on top. For this reason, we advise you to make a correct packaging. 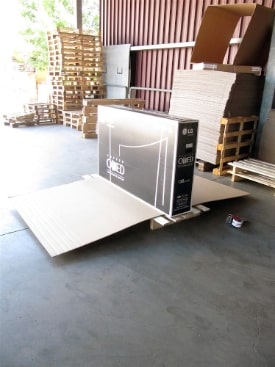 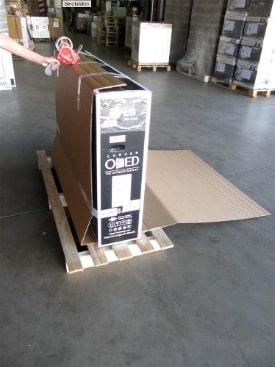 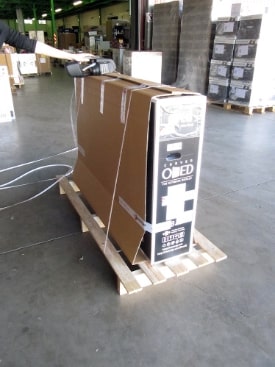 The origin of pallets

The invention and use of pallets began in the war period of the 1940s. Thanks to the first forklifts and the use of the first pallets, it was possible to transport large quantities of materials that man would never have been able to transport in a short time. It can therefore be said that pallets were born to serve the world of logistics and transportation during The Second World War II.

Around 1945, with the end of the war, pallets transport is broadcasting and in the same time the productive sectors such as: food sector, pharmaceutical sector, construction sector and so on.

How is the standard pallet 80x120cm born?

Around the 1950s, thanks to the state railways, the use of pallets for freight transport began to increase. The pallets that existed at that time had different sizes. For this reason, the requirement to use pallets with standard dimensions that are compatible with the width of freight wagons is born.

This way, in those years 80x120cm pallets are born, which are to this day the most widespread and at the same time used worldwide. Already, pallets were used in all Europe. This is why in 1961 the EUR pallets were born which had to meet certain characteristics.

Today between disposable pallets and reusable ones

From December 9, 1960, the EEC authority issued a convention on the treatment of customs for pallets. It has been decided that pallets can enter and exit freely between member states without the need to pay customs duties. 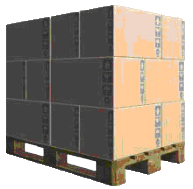 Our team is always at your service!

Send us an e-mail
✖ In order to give you a better service, europacco.com uses cookies. More info.
Deutsch
Italiano
English
Romana
中国