Shipment Tracking FAQ Price list For hotels News News Log in English Send your parcel, pallet or document now!
ATTENTION
The maximum number allowed per shipment is of 20 packages/pallets. For the rest of your packages/pallets, please generate a new shipment or ask for a personalized quotation for the entire shipment by contacting us at info@europacco.com.
UP

Prices for sending a parcel to Germany

Shipments from Germany to Italy


Thanks to our extensive transport network, we are able to guarantee an optimal balance in terms of quality/price. By choosing europacco.com for a parcel shipments you will have:

europacco.com offers a customized service, if you want to send a Parcel to Germany. We offer an economical solution for every kind of consignment. Our service includes home or business address collection by an express courier and delivery in more than 210 countries worldwide.

Europacco.com brings your Parcel safely and quickly to its destination to Germany. Shipping is easy: fill out the online form, print the label and attach it to your shipment – it is now ready for collection. All this is possible without registration and thus makes fast and simple the package delivery.

With our tracking option you can monitor your Parcel from the collection in Italy to the delivery to Germany. Enter the shipping number on our tracking page.

How much does it cost to send a Parcel to Germany?

Years of experience in the shipping sector and a high daily volume of consignments allow us to offer highly affordable prices. With europacco.com you can send a Parcel starting from only €23,65 to Germany. For more detailed information please consult our price list.

How long does it take to send a Parcel to Germany?

The transit times from Italy to Germany vary from 2 to 4 working days. Transit times are calculated in working days and depend on the starting location and the packet arrival area.

The German economy is flourishing. Several factors determine the quality of the destination and the ability to compete at the internationally economically strong country located in the center of Europe. While in the years after unification Germany faced problems in ensuring the prosperity of the "new federal states", in the present, the Germans are able to achieve a trade surplus. German companies export more than they import - business flourishes. The transport sector also takes advantage of it. To ensure perfect operation, the proper mailing of shipping also plays an important role. Contrary to other countries in the world, Germany is in favor of a well-functioning postal system, which is committed to providing proper addressing.

In Germany, the address setting is aligned with international standards, though retaining some peculiarities. In general, a German address is composed of four lines. Consider a model of a German private address we should have:

If you would like to arrange a shipment to a private address in Germany, then it should be structured as follows:

Basically, a business address does not distinguish itself from a private address. If a company has a mailbox, the second line should contain the box number instead of the street name. It is advisable to add the word "Postfach" (mailbox). A proper business address should look like this:

Whether you are sending a package to Berlin, Munich or Frankfurt, we are bringing your packages quickly and safely to their destination. europacco.com offers tailor-made service solutions. It is a safe and reliable way to send your company documents, patterns, samples or products. In addition you can send bulky holiday souvenirs and excess baggage or your whole suitcase to Germany. A courier brings it right to your doorstep. Upon request you can also send wine to Germany. europacco.com offers fast and simple service.

For private consignments you have to fill out two documents: the export customs clearance form and an invoice or pro-forma invoice. europacco.com will send these forms to you by e-mail.
For commercial shipments please contact the customer service at info@europacco.com.

Also, Germany is subject to customs regulations. Generally, customs clearance for export and import is needed, for shipments from and to extra UE countries or for European states that are subject to customs controls. While customs clearance in the export phase is handled between the custom of the country of departing and the sender, for the clearance in import, the receiver must collaborate with the customs concerned.
The quotations seen on europacco.com are therefore always free of duties and custom duties in import, bureaucratic and administrative fees or broker fees where needed. The customs taxes cannot therefore be anticipated and in the calculation of them the total value of the goods indicated on the accompanying proforma/commercial naturally affects also.
The “Gift” type shipment is allowed only for some destinations.
A particular role belongs to the document shipments, ad this one does not involve customs clearance unlike shipments containing goods inside. Often, some documents should reach the customs authorities in original format and, many times, are not shipped together with the sent goods. Also, in this case, the document shipments of europacco.com is the ideal solution. Go to Compiling the customs documents to read in detail how to fill in correctly the customs documents, so to avoid problems during the transport.
Before each shipment, we always recommend consulting the customs regulations of the country of destination and remember the sovereign nature and the decision-making power of each customs regarding the clearance of each shipment. 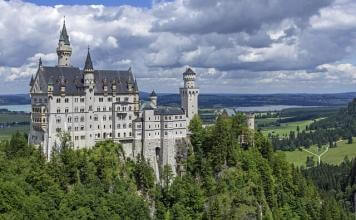 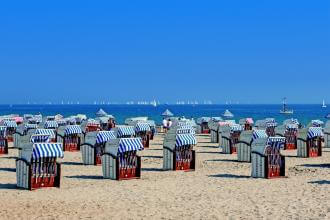 Excelent service , precise information and very competitive rates. Pickup and delivery was as scheduled at the moment of booking the shipment.

I really worried about this service after I've read few bad reviews. But they exceeded my expectations. My packages were shipped within 3 working days. Fast, cheap and safe shipment!... Highly recommended! more info

Perfect company to use. Pickup by a friendly and courteous driver, tracking all the way, fast and efficient service. The customer service department at Europacco was quick to answer... any questions i had. 5* service all round. more info

I really like the price and the professionalism of handling my enquiries. I would advise you to do more marketing campaigns and show to the targeted customers on your website that your... service is reliable and secured because I was a bit afraid in the beginning to send my luggage with you because I don't know anybody who dealt with your company before. But from now and on I will deal with you and I will recommend your for everybody. more info

the Price from the past shipment increase a bit but it is still competitive respect other delivery companies.

ATTENTION
The maximum number allowed per shipment is of 20 packages/pallets. For the rest of your packages/pallets, please generate a new shipment or ask for a personalized quotation for the entire shipment by contacting us at info@europacco.com.
Choosing the option “documents” you can send only:
The shipment may not contain any goods classified as dangerous (ADR) such as: chemicals, flammables, aerosols, perfumes, paints, devices containing lithium batteries, etc..
✖ In order to give you a better service, europacco.com uses cookies. More info. Confirm and continue
Deutsch
Italiano
English
Romana